This is a case series with very promising results using the Alteco LPS Adsorber on patients with septic shock. Significantly reduced endotoxin activity was seen in the treatment group and a simultaneous decrease in SOFA score, vasopressor requirement as well as decreased serum lactate level. Confirming the Alteco LPS Adsorber to be an easy and safe product to use in patients with septic shock. The study can be used for planning of future studies as well as determine timing and intervals of the therapy.

Interestingly only 2 patients presented positive blood cultures in the active group; one Gram positive and one Gram negative. All patients but one had a low endotoxin activity after Alteco LPS Adsorber therapy. This patient developed however a postoperative pneumonia which could explain the rebound but made a full recovery. This case serie from Ala-Kokko et al. in a limited number of patients shows very promising result results, in terms of improved clinical outcome occurring simultaneously with decreased endotoxin levels. These results lend strong support to the use of Alteco LPS Adsorber and can be used for planning of future studies as well as determining timing and intervals for the treatments.

This is a case series of patients with vasopressor (noradrenaline, NA) dependent septic shock with matched controls. The study was designed to evaluate the effects on the length of NA treatment, endotoxin activity levels and SOFA score in patients with septic shock using a new endotoxin adsorption cartridge for hemoperfusion, the Alteco LPS Adsorber.

The Alteco LPS Adsorber has a high affinity to endotoxin and elimination of endotoxin as an initial trigger may interrupt the septic cascade.

The Oulu University hospital in Finland reports a case series of 9 vasopressor dependent patients with septic shock and presumed endotoxemia being treated in their ICU. 15 controls were matched for age, illness severity and focus of infection.

Patients that fulfilled all inclusion criteria received a two-hour hemoperfusion therapy using a new endotoxin adsorption cartridge, the Alteco LPS Adsorber containing a non-toxic synthetic peptide bound to porous plates of polyethylene. The therapy was initiated within 36 h (13.8-22.0 h) from entering shock with unfractionated heparin was used as anticoagulation and heparin/protamine infusion rates adjusted according to ACT values.

Length of noradrenaline infusion, change in endotoxin activity (EAA assay) and SOFA scores at 24 h posttreatment were evaluated. No difference in demographics can be seen between the groups, the active group had a high SOFA score of 9 (8-10) on admission. 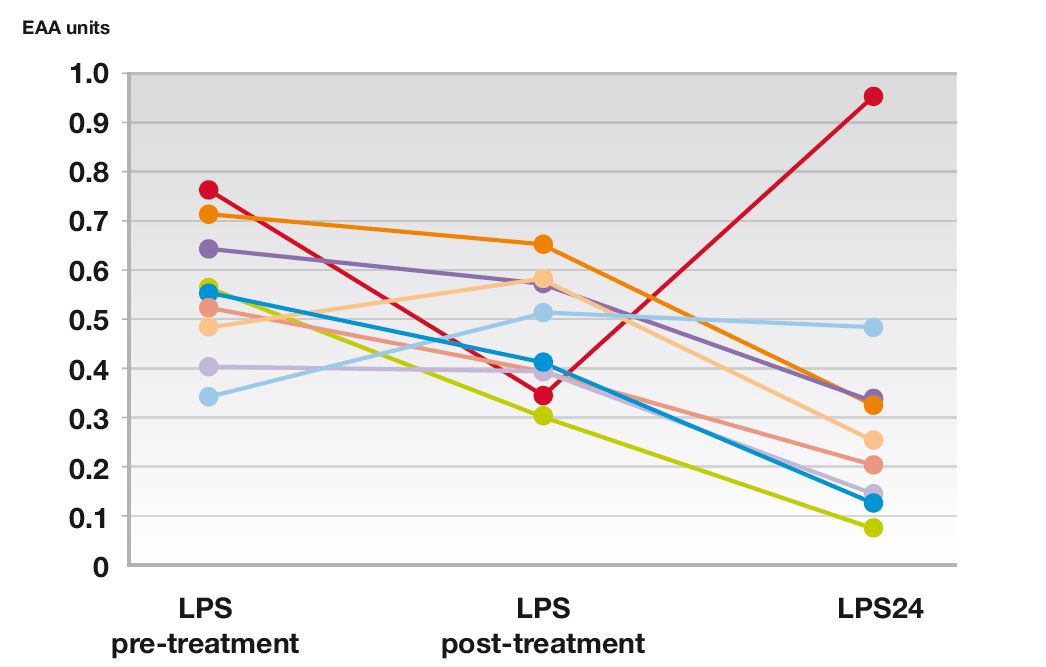 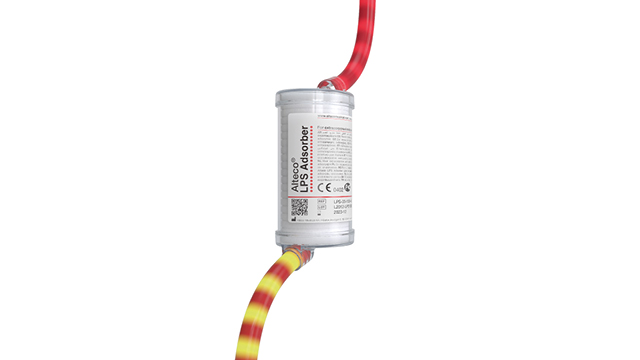 Inside the Alteco LPS Adsorber, a tailor-made synthetic peptide binds to Lipid A; the toxic part of endotoxin. By adsorbing harmful levels of endotoxin from the patient’s bloodstream during extracorporeal treatment in the ICU, the Alteco LPS Adsorber breaks the chain of immune system over-reactions that can spiral into septic shock. This can turn the course of sepsis and stabilize the patient’s hemodynamic parameters in 2 hours.  1 turn the course of sepsis
References

1  B. Adamik, Prolonged Cardiopulmonary Bypass is a Risk Factor for Intestinal Ischaemic Damage and Endotoxaemia